The 11th annual conference European Day at the University of Economics, Prague will be held on 17 April 2019, traditionally at the Academic Club. The topic of this year’s conference will focus on 15 years of Czechia’s membership in the European Union. Distinguished guests will discuss Czechia’s membership 15 years after joining the European Union, the potential that Czechia has used so far in the EU and the future direction of the integration process and the role of the Czechia in it. Czech/English simultatenous interpretation will be provided.

Czechia in the EU. What has changed since the accession to the EU?

Milena Vicenová, Former Permanent Representative of Czechia to the EU and Former Minister of Agriculture of Czechia

Changing role of Czechia in the EU and the EU Budget

Petr Zahradník, Member of the European Economic and Social Committee

Michal Částek, Ministry of Finance of the Czech Republic

Pavlína Žáková, Economic Advisor, Representation of the European Commission in the Czech Republic

Registration for this event are available here

Partner of the event: 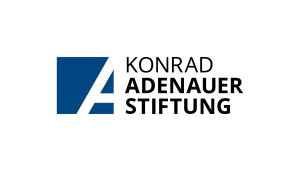 The websites of the Prague University of Economics and Business use cookies to optimize their content and services provided. Please give us your consent to use of them.
Show more info

Select the services for which you want to allow the use of cookies: